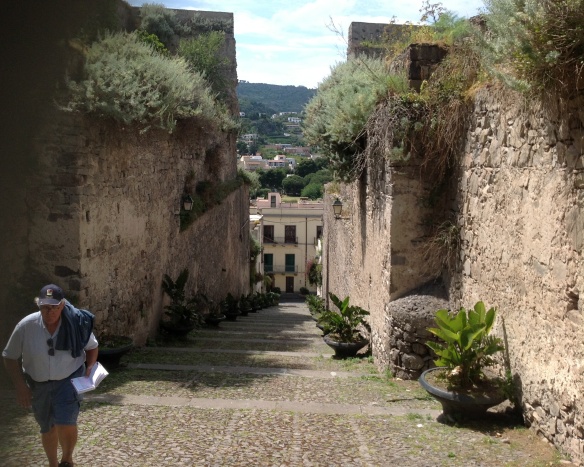 In 1544 AD Barbarossa attacked the island. He was an Ottoman Admiral. He killed most of the the men and took the women and children as slaves. There evidently were some Spanish Aristrocrats who survived the attack. They built a huge fort high on the hill over the bay. It has huge solid thick walls. They made sure that they could be safe if they were ever attacked again. (We’re not sure where they found men to build this fort with huge, heavy rocks. We only report what we’ve read.)